IoT platforms provide services that have, as their primary focus, the exploitation of data existing at the higher layers of an IoT ecosystem.  They: 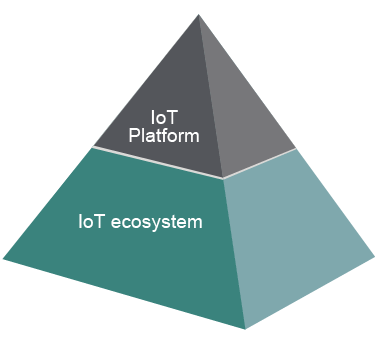 What is the significance of IoT platforms?

The answer turns on data economics.  It used to be the case that technology vendors could obtain and maintain market share by large capital investment in hardware.  Over time, the ability to develop proprietary software became an additional barrier to entry.  With the advent of open source software and the development of advanced data analytics, the new “digital oil” is now data.  The possession of large proprietary data sets by a business is a significant (and increasingly the most important) barrier to entry for its competitors.

In an IoT context this means that those who control the higher (data) layers in an IoT ecosystem (rather than the lower raw data, hardware, transmission and storage layers) may have an intrinsic advantage, because that is where insights lie.[2]  Where are such data and insights to be found within an IoT ecosystem?  At their most potent, in IoT platforms.

Whoever controls the platforms will rule the future. Attributed to Henning Kagermann by the European Commission, Cross-Cutting Business Models for IoT, 2017, page 42

The importance of data in the IoT value chain means capital investment in the underlying IoT devices and infrastructure may not be nearly as important as had been the case in other contexts.  It also means that those involved in the infrastructure layers may be more beholden to demands at the higher data layers.[3]

The logic of economic imperatives

The logic of such economic imperatives suggests that, in order to control access to (and use of) the resulting data, many hardware and communications technology vendors will seek to:

It is hardly surprising, therefore, that businesses are adopting an increasingly diversified approach to their IoT offerings by strategies such as:[4]