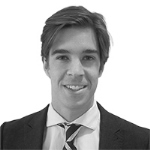 On 22 November 2019, McKerracher J handed down his decision in Repipe Pty Ltd v Commissioner of Patents [2019] FCA 1956, the latest in a line of cases considering the patentability of computer implemented inventions (CII).

The decision follows hot on the heels of Encompass Corporation v Infotrack, in which the Full Court upheld the finding of the trial judge that the patents in suit were not patentable subject matter (for our article on that case click here). Repipe follows this trend: McKerracher J found that the innovation patents under consideration did not claim inventions that were a manner of manufacture within the meaning of s 6 of the Statute of Monopolies. The decision provides a helpful distillation and application of the authorities in what is becoming an increasingly complicated area.

Repipe concerned an appeal from the decision of the Commissioner’s delegate to revoke two innovation patents on manner of manufacture grounds. The decision was appealed by the patentee, Repipe Pty Ltd, to the Federal Court. The patents disclosed systems and methods for providing information to field workers. According to their specifications, this information could be tailored based on the individual field worker’s assigned job, role, and level of authority, as well as the input of supervisors and other field workers. To implement the inventions, the patents contemplated the use of a central server, a communications network and a portable computing device. The inventions were said to overcome difficulties in maintaining compliance with risk management requirements, particularly for companies with multiple workers ‘in the field,’ such as those in the construction or mining industries.

McKerracher J reviewed the growing body of authorities on the patentability of CIIs and distilled a number of key principles. These included the following:

The Court must decide, as a matter of substance rather than form, whether the claimed invention is a proper subject matter for a patent;

Much of the parties’ submissions - and McKerracher J’s consideration - were directed to whether the inventions disclosed in the patents merely required generic computer implementation.

McKerracher J accepted Repipe’s submission that the inventions could not be carried out on an ‘unconfigured’ server or smartphone because the tasks those devices were required to perform were so specific. His Honour also accepted that the software disclosed in the invention was required to conform to the technical architecture and functional requirements mandated by the claims.

However, despite these findings, his Honour was not prepared to conclude that the inventions disclosed anything more than ‘standard’ computing functions or system architecture. In this regard, it was significant that the patents disclosed very little about how the relevant system architecture should be configured. As was the case in Encompass, the patents were ‘technology agnostic’ – leaving it to the user to devise and implement a suitable computer program to carry out the invention.

McKerracher J concluded that the substance of the inventions was a ‘mere scheme that could be implemented using some unidentified software application to cause a server computer and smartphone to perform the steps identified in the claim.’ Accordingly, his Honour upheld the delegate’s decision to revoke the patents on manner of manufacture grounds.

There are a number of key takeaways from the Repipe decision:

The blurred line between novelty, innovative or inventive step and manner of manufacture: it can be difficult to analyse the patentability of a CII without some consideration of the computer methods that were known at the relevant time. For example, asking whether an invention merely uses ‘generic computer methods’ inevitably involves some consideration of what methods were considered ‘generic’ at the time. Likewise, identifying the ‘substance’ of the invention may entail some consideration of its contribution over the relevant prior art. Critics of this approach argue that, by invoking notions of common general knowledge and  prior art, it conflates the tests of novelty and innovative or inventive step with that of manner of  manufacture. This issue is yet to be resolved: in Encompass, the Full Court refused to opine on third party submissions to this effect. Likewise, in Repipe, McKerracher J did not directly address submissions by the patentee criticising the Commissioner’s evidence on the same basis.