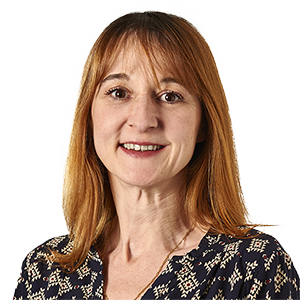 The French law for the growth and transformation of companies, (the PACTE law, from its French acronym), came into force in May 2019. The text, the purpose of which is to promote the development and competitiveness of French companies, plans to "boost innovation in France". Please find below a summary of the main measures adopted in the field of the regulations applicable to autonomous vehicles experimentations.

In France, the use of autonomous vehicles is governed by government order No 2016-1057 of 3 August 2016, which authorizes their use on public roads for experimental purposes and subject to authorization issued by the Minister of Transport[1], and its implementing decree setting forth the general principles contributing to the safety of such experiments.[2]

The authorization granted is valid for 2 years (renewable once). The decree provides that it may only be granted for one of the following purposes: technical tests and development of key technologies for autonomous vehicles (software, sensors, mapping, etc.) or related road infrastructure; real-world performance assessments for future use of the autonomous vehicle; and public demonstrations to raise awareness among the public and businesses.

While such decree already provides for the possibility for the driver to be out of the vehicle during the experiment, the PACTE law sets forth the conditions for authorizing such a situation: the delivery of the authorization is subject to proof that the driver supervises the vehicle and its driving environment throughout the experiment and that he can, at any time, neutralize or deactivate it, i.e. "be able to handle situations in which the vehicle must be immobilized or moved urgently".[3]

The PACTE law also defines the criminal liability regime applicable in the context of an experimentation. This system is based on the assumption that the driving delegation system will inform the driver in real time of its operating status.[4]

Finally, the law provides for the amendment of the 2018 decree, which will set out the procedures for informing the public about ongoing experiments and how such experiments are assessed.

This new legal and regulatory framework should facilitate experimentation and diversify cases of use in France. The regime applicable to autonomous vehicles, excluding experimentation in particular, will be supplemented by the Mobility Orientation law, the draft of which is currently being examined by the French National Assembly.

[4] The liability regime for non-experimental autonomous vehicles should be defined in the Mobility Orientation Act currently under discussion.

[5] Article L121-1 of the Highway Code provides that "the driver of a vehicle is criminally liable for offences committed by him in the driving of the said vehicle".

[6] The text refers to "misconduct within the meaning of article 121-3" of the Criminal Code, which provides:"[...] There is also an offence, where the law so provides, in the event of negligence, or breach of an obligation of diligence or security provided for by law or regulation, if it is established that the perpetrator has not performed normal due diligence taking into account, where appropriate, the nature of his or her duties or functions, competencies and powers and means at his or her disposal. »