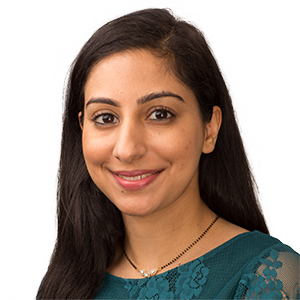 Neologisms swirl around like confetti in the online technology world, where new or emerging technologies, such as Artificial Intelligence, Blockchain, Cyptocurrencies, Smart Contracts and the Internet of Things, stimulate talented marketeers to come up with clever and eye-catching branding. New or even “wacky” names proliferate.

Is it enough that a brand is a neologism for it to constitute a registrable trade mark? Are neologisms automatically considered distinctive for registration and validity of a mark?

The English Intellectual Property Enterprise Court recently explored these issues in the case of Wirex Ltd v Cryptocarbon Global Ltd and others [2021] EWHC 617.

We consider the judgment and what, in the light of it, businesses hoping to use a neologism as their foundation branding (whether in relation to new or emerging technologies or otherwise) ought to do to bolster the case for protecting it with a trade mark that is actually validly registered.

What happened in the case?

Wirex Limited, a cryptocurrency payment platform, began offering its “Cryptoback” credit card rewards scheme in May 2018. The scheme gave cryptocurrency rewards to customers who used their Wirex card for both in-store and online purchases. Wirex filed an application for a UK trade mark, CRYPTOBACK, on the filing date of 28 April 2018.

The defendants offered a competing cryptocurrency cashback service under the name “cryptoback”. Wirex alleged trade mark infringement by the defendants, and the defendants counterclaimed for a declaration that Wirex’s mark was invalidly registered.

What were the key issues?

The defendants argued that:

In relation to the defendants’ arguments, Hacon J. observed that:

On the facts, Hacon J. held that defendants had failed to establish that, at Wirex’s filing date, the defendants had accrued sufficient goodwill associated with the word "cryptoback" as a trade name.

The Wirex mark was therefore valid and judgment was given for Wirex.

What is more significant than the outcome of the case itself is what Hacon J. said about neologisms and distinctiveness:

UK trade mark legislation prohibits the registration of marks that are "devoid of any distinctive character" (section 3(1)(b), 1994 Act) or marks that indicate the characteristics of the goods or services with which they are associated or their geographical origin (section 3(1)(c), 1994 Act). A merely descriptive mark is not enough.

While Hacon J.’s comments were made in relation to whether sufficient goodwill had been acquired for purposes of the law of passing off, they are clearly relevant to a consideration of whether a neologism is sufficiently distinctive – or merely descriptive – for purposes of registration and validity of the neologism as a mark.